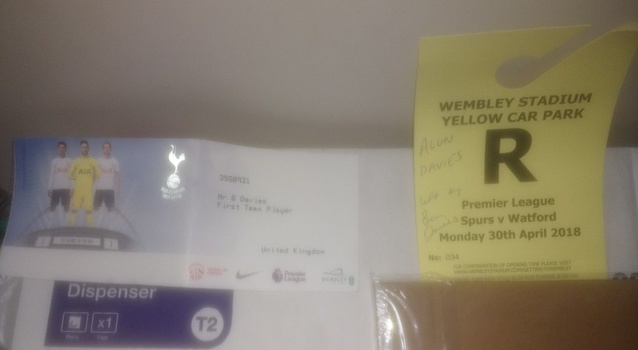 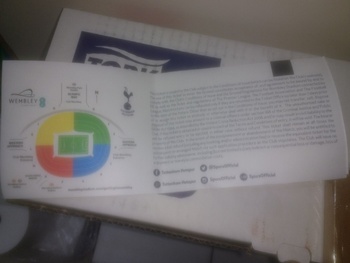 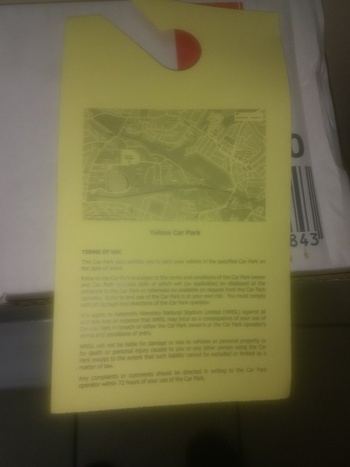 Ben-Davies-Tottenham-Hotspur-Signed-football-memorabilia. 1 x Wembley stadium Yellow car park ticket for the Spurs Watford Monday 30th April 2018. Yellow ticket marked R No 034. The ticket is photographed in parts because it contains a mobile number and I can't share that online.

Next is ticket for the day. Number 3558931 team or individual ticket but for the officials of Tottenham Hotspur in the name of Mr B Davies First Team player.

In good condition, paper memorabilia. Found in my work place which is a Petrol Station which is close to the Players Home Town