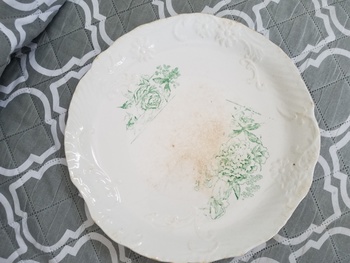 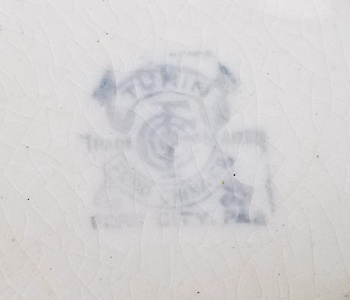 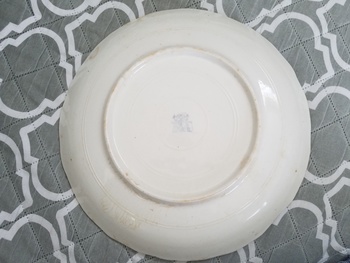 This cake plate was given to my great-grandmother on her 25th wedding anniversary 1903. It was made by the Ford City China Company over a hundred years ago in Ford City, Pennsylvania. The company was started in 1898 by John Wick, Jr. and Captain John B. Ford and only existed as the Ford City China Company between the years of 1898 to 1904. It later became part of the Pennsylvania China Company.
Pattern Code: FCOFCO4
Description: Turin, Green Flowers, Scalloped, No Trim
Pattern: FCO4 by Ford China
Status: Discontinued.