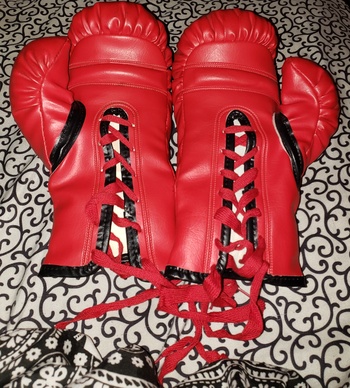 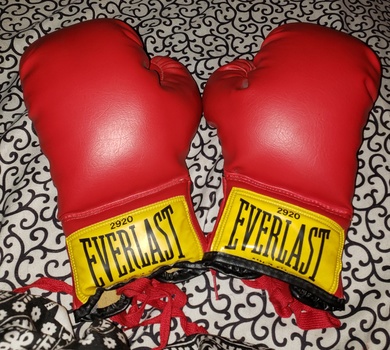 So I picked these up from a New York city clean out sale. These were from Joey Scarlotta items but its seems his daughter died via dob and the memoirs I found on the floor a week later. Apparently the 2920s were vintage but I'm not sure if these are originals. Scarlotta fought at yankee stadium 1949 along with sugar rayRobinson. We often over look light weights but I love boxing. Anyone any idea of era for these also hes noted to fight Paddy DeMarco and a few more. HELP