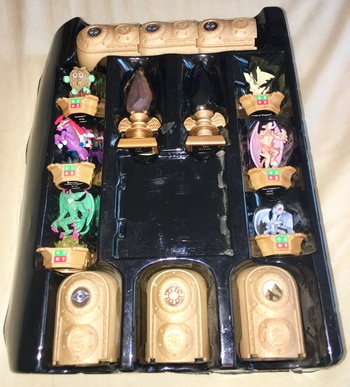 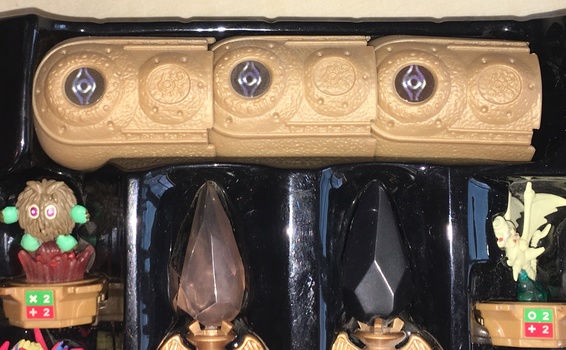 Found this set of 2005 yugioh capsule monster figurines in what size left there original packaging. These were in the toy isle of a thrift store. Only could find the figures. From some research I gathered it seems the Capsule Monster sets are pretty rare. This was the starter set for the short-lived “Capsule Monsters” spin-off game (Based off the game Mokuba played in the manga, later made into filler episodes and a PS2 Game). Konami tried to launch a physical edition in 2005 with this starter set and booster packs. Very few prints were made of the game 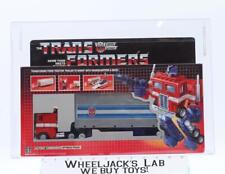 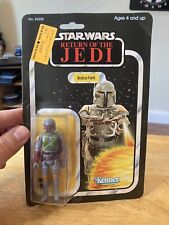