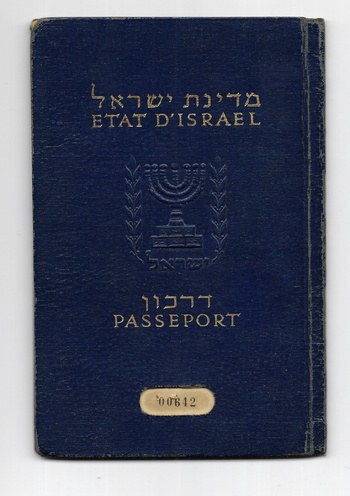 Israel officially issued passports in the middle of 1952, most likely around the months of July-August. The low SN here indicates this assumption as well. Before this date only Laissez Passer travel documents were issued from November 1948 to the end of 1952. The Israeli citizenship & passport laws from this year paved the legal way for the issuing of official passports in the country.