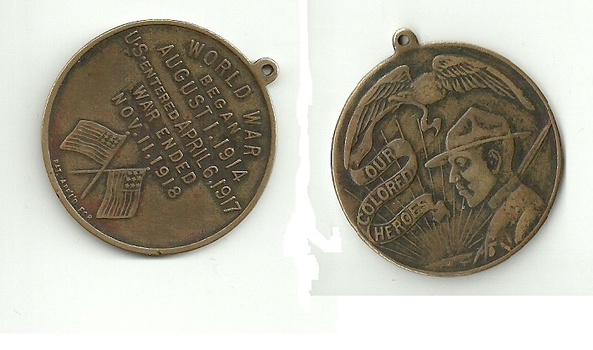 I believe it is a commemorative medal struck privately to honor the black units who served in the armed forces during World War 1. The reason they gave it to them was because many black soldiers were not allowed to march in the victory parades due to segregation so they received that instead.