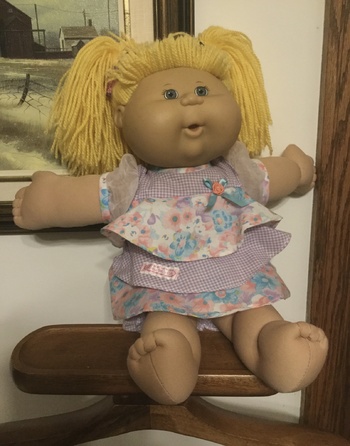 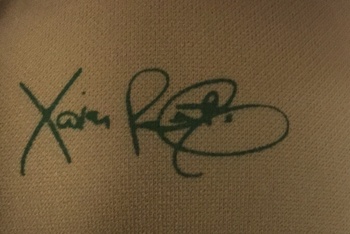 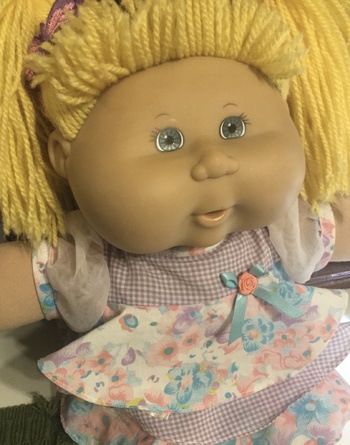 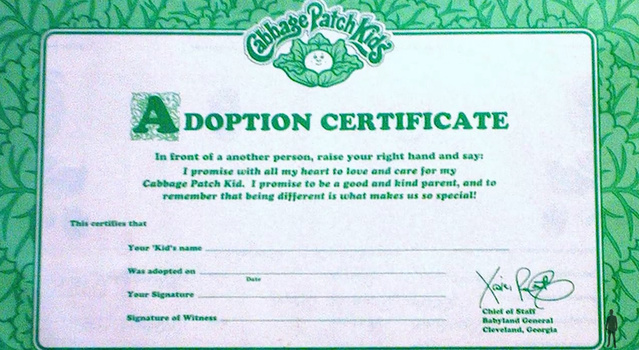 Cabbage Patch Kid Doll — I don’t know her name. I believe the names of these dolls was in the packing items they arrived with when new ... or not.

This doll was rehomed to me in January 2020.

Cabbage Patch Kid dolls were the must-have Christmas fad of 1983. They were a whisper in November that became full hysteria by mid-December. Adults that appeared quite sane could be discovered missing work as early as Thursday, for the weekend, to travel hundreds, even thousands of miles upon a rumour that a store somewhere in Canada had received shipment of a case of new “Kids.” Stores were perpetually short of stock in November and December. During the last week before Christmas, there were a few of the $35.00 dolls available on the secondary market for $1000 - $2000. Apparently this happened in the U.S., as well; but my memories are of what happened in Canada.

Cabbage Patch Kids were arguably the creation of Xavier Roberts in 1976. Roberts patented his designs in the late 1970s and sold his company to Coleco in 1982. Coleco released the first dolls in 1983. CPK were supposed to have “grown in a cabbage patch.” There were girl & boy dolls, identical & fraternal twin sets .... They came with documentation: adoption papers, names. Extra outfits of clothing were available for purchase. Little boys and little girls wanted them; surprisingly, so did some adults. Each doll had somewhat of its own individual appearance. The (intentionally created?) shortage of the CPK dolls of Winter 1983 provided a template that would be used by other manufacturers in other years to create demand for their Christmas-toy-of-the-year. The dolls continued to be sold after 1983, and new types of dolls were added; but never again did the Christmas fad of ‘83 frantic frenzy recur.

Cabbage Patch Kids Dolls are not rare. There were over 3 Million sold in the Christmas frenzy of 1983 alone. 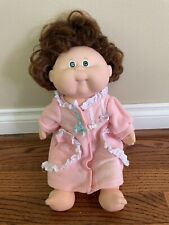 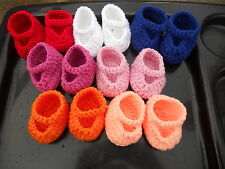 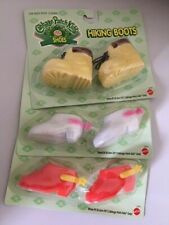