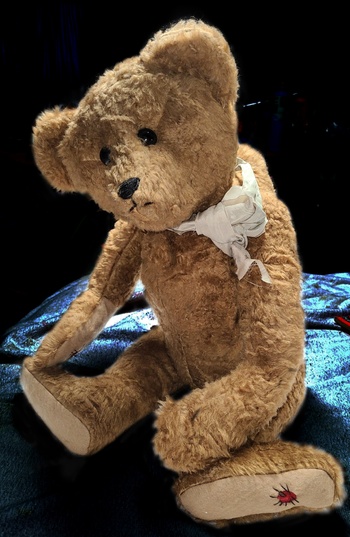 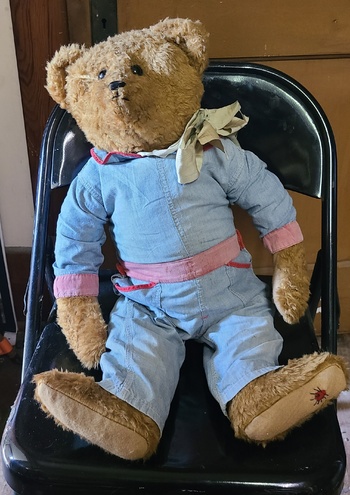 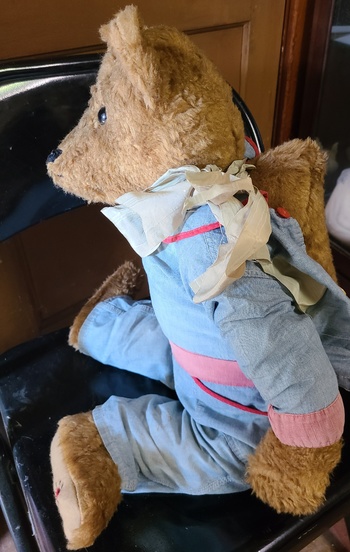 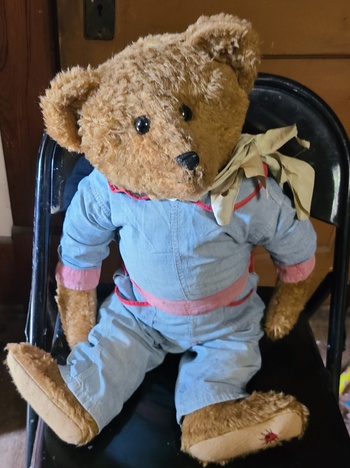 I found this guy tucked away in a box of old toys at my favorite junk shop. He has a very noticeable hump under his fancy threads. I didn't see any tags on him so I'm not sure who he was made by. If he wasn't manufactured by a company, than whomever crafted him did a professional job. He's also very large. (He's seated in a metal folding chair for reference) I can't tell the difference between moehair or yo' hair or no hair so I don't know what his fur is. I just thought he was too handsome to leave buried in the box.
Edit: I measured him and he's 24ish" tall. His limbs all move and seem to be stuffed with straw, but his body is squishier and not as firm. I don't think his clothes are original since they barely buttoned over his hump, but I think the ribbon might be. It wants to fall apart when i touch it. His eyes are glass and his nose is thread. Also, I much prefer him in the nude. If anyone wants to take a guess at how old he might be or where he came from- that would be awesome! Thanks! 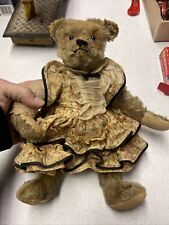 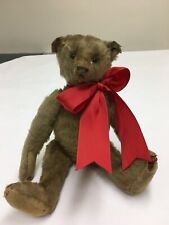 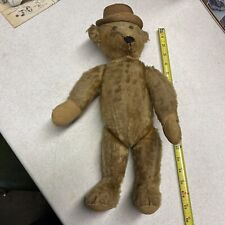