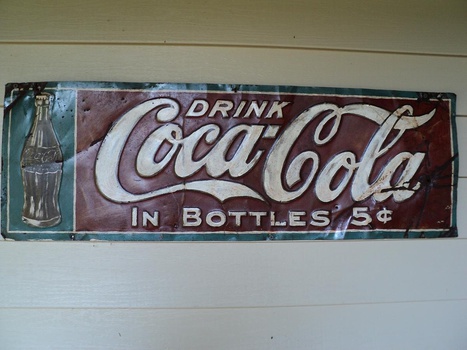 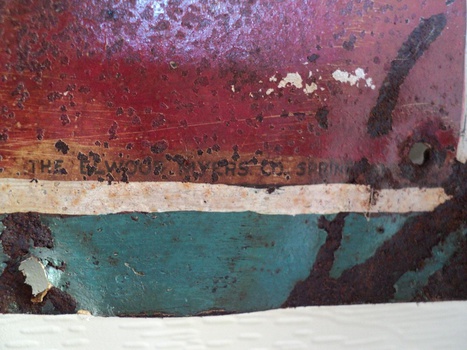 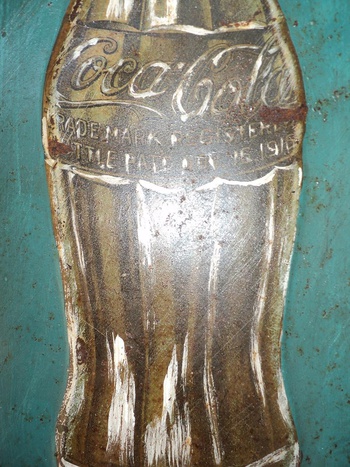 I've had this old sign for almost 20 years now. I originally found it screwed to the back of an old washing machine, the original owner said to keep it, it was 'junk'. He said he pulled it off an old barn roof that leaked many years before. The trademark date on the bottle clearly says '1916' and the manufacturing company (?) on the bottom right corner looks like it says "The Elwood Myers Co. Spring...". Googling the Spring part, looks like it came from Springfield, OH, but not certain. It is embossed on the lettering and the bottle. It's been touched up, there are numbers scribbled on it and I do keep hanging outside.....just love the 'junkiness' about it. How much it's worth doesn't really matter, I'd just love to know how old it is and where it originally came from.