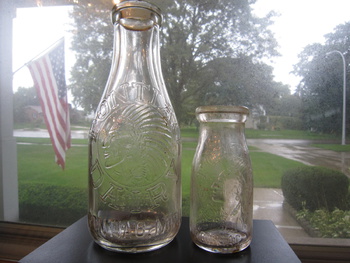 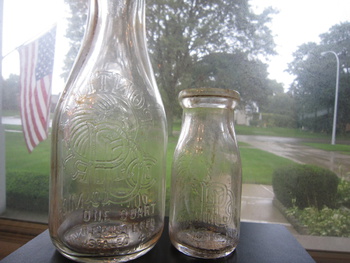 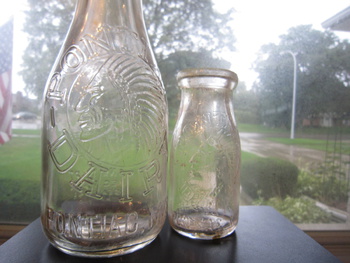 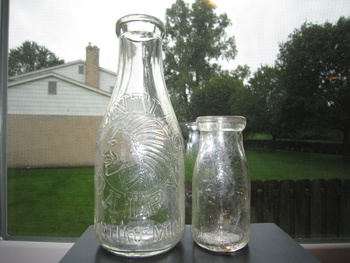 Here are some recent milk bottle finds of mine that I thought some of you may enjoy. They seem to be from the 1930's to 1940's. The larger bottle has a 30W on the bottom and the smaller one a 29W.

Taken from Wikipedia is the following which can also be found at the link below:

Pontiac or Obwandiyag (c. 1720 – April 20, 1769), was an Ottawa leader who became famous for his role in Pontiac's Rebellion (1763–1766), an American Indian struggle against the British military occupation of the Great Lakes region following the British victory in the French and Indian War.

The city of Pontiac, Michigan was named for him, as well as the town of Pontiac, Illinois and a region/municipality bordering the Ottawa River in the province of Quebec. Pontiac was also the name of a popular General Motors automobile brand, discontinued in 2010. The Royal Military College of Canada named one of their squadrons Pontiac in honour of his place in history.

It is amazing how much detail is on the Indian heads on each bottle. Pretty cool looking bottles. This dairy is no longer around. Not sure when it closed though. Some interesting Michigan history for some that never knew this company existed in the city of Pontiac at one time.

Thank you for looking as always my friends and please make sure to have an awesome day as well as the rest of the week.... : ) 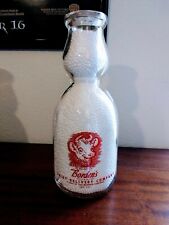