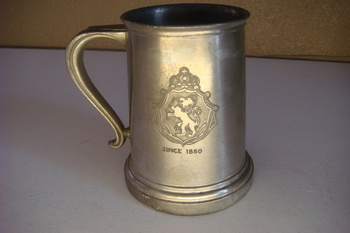 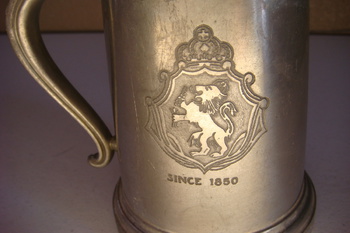 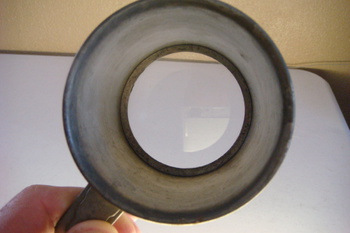 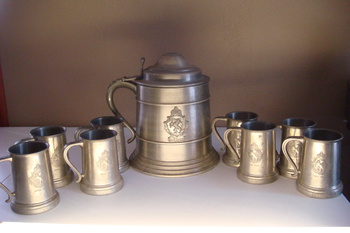 I have this set of eight Stroh's pewter steins and an ice chest. I know very little about them and would like to find any and all information on them. Here is what I do know. They were given to my wife's grandfather from them distributing company that he had worked for. He delivered Stroh's for over 30 years for them. I know that they are from around 1970, maybe earlier. The newspapers shat were used as packing inside of the ice chest was dated 1970. I'm trying to find out are these common or rare, their history and a possible value.
The steins are 5" tall and the crest is etched into the pewter. There isn't any makers mark or stamp of any kind on them. This may help, I talked to a collector and he said that he had never heard of the Stroh's steins like that with the glass bottoms. But he had seen a set of them that had Schlitz on them made by Sheffield.
The ice chest is a little less than 12' tall with a base of 9 1/2". It has a flip open lid and also has a plastic liner in it.
I have a very nice set of bone handled Sheffield cutlery that he got as gifts also that I'm going to post next.