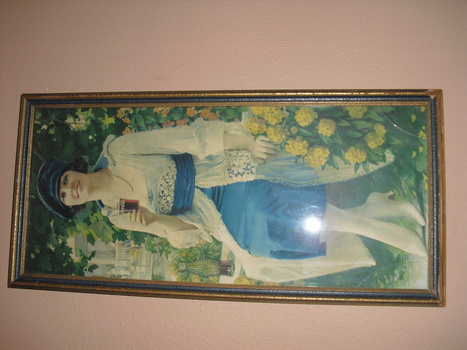 This is the 1921 Coca Cola Autum Girl advanced copy that was sent to coca cola in 1920 before it was released in 1921, it is in the original frame and is larger than the actual calender it measures 25.75 inches by 11.38 inches. My dad was a coca cola dm for 40 years and acquired it along his travels and wanted some info about it, any help would be great we contacted coca cola in Atlanta and they were unclear anything about it thanks everybody.