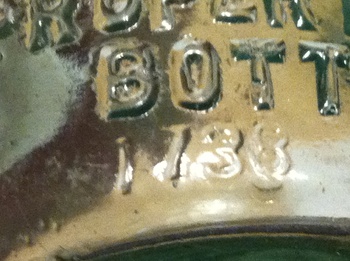 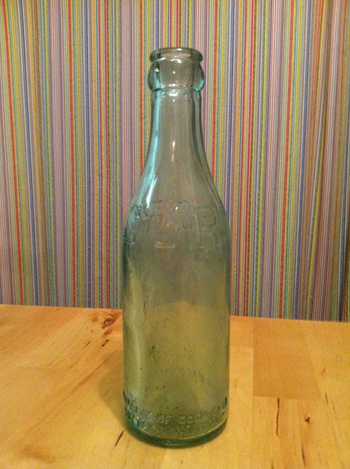 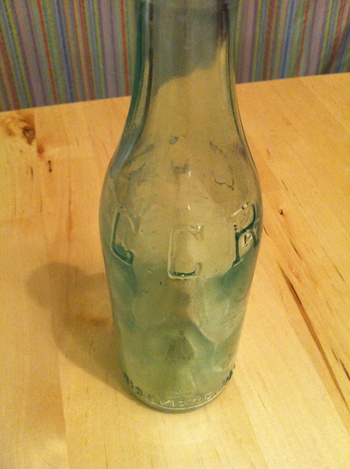 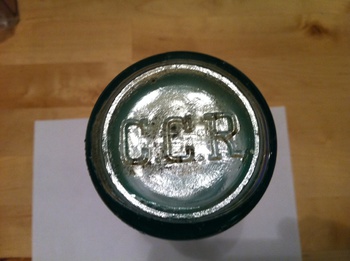 While clearing paths on my forestland at the beginning of the month, I saw a piece of green glass on some exposed dirt. Not wanting any trash whatsoever on my property, especially broken glass, I got a stick and pried it out of the ground. It turned out to be a whole bottle, which I assumed was trash, so we packed it out. My brother wedged it in a storage compartment of the passenger door of my truck. I saw it during Thanksgiving when I was getting things out of the truck, and the writing on the bottle seemed weird, so I brought it inside for a closer look.

The bottle is light-green, approximately 7 1/2 inches tall, and made of really thick glass. The writing on the sides and bottom of the bottle is: "C.C.R.". In small writing, on the side near the base of the bottle is: "PROPERTY OF COCA COLA BOTTLING WORKS". Below that, in tinier print, is "1738", then "ROOT", and then "14", with a large space between each of those three words. Finally, on the opposite side of the bottle at the base is: "RICHMOND, VA". It goes without saying, I did not put it in the recycling bin.

I understand that the "C.C.R." may stand for "Coca-Cola Refreshments".
Can anyone tell me anything else about this bottle? In particular:
- What did it contain?
- When was it made?
- Is it a significant find?
- Is it worth anything?