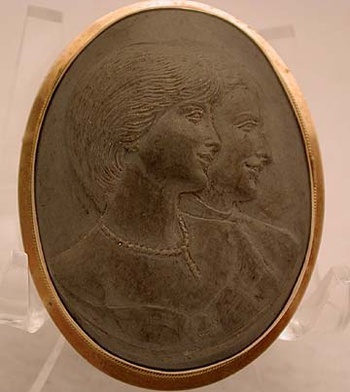 This was a prototype of the wedding cameo done for Princess Diana and Prince Charles. This is signed by G. Noto. The broker I purchased this from said it was actually carved by G. Noto and not one of his students. Most of the cameos signed Noto on the back are students of his. I was told that the family of G Noto said this was one of the practice cameos he did for Princess Diana and Prince Charles wedding before he died.