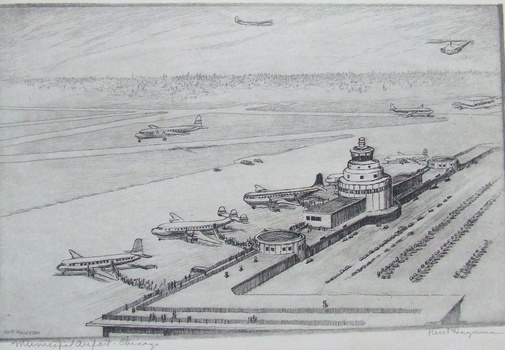 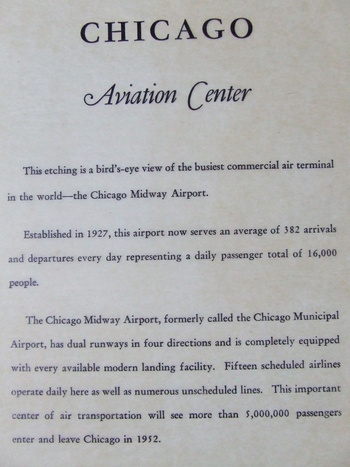 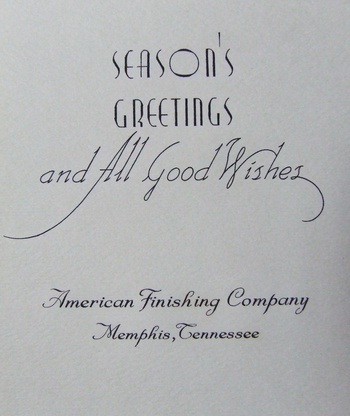 I have acquired a packet of signed etchings of the Chicago area. These etchings were done by a man named William Kott Hagerman and I believe these were commissioned in 1952.
This is Chicago's Midway Airport, formerly called Chicago Municipal Airport and Chicago Air Park before that. The name was changed to Midway in 1949, in honor of “The Battle of Midway” in WW II.
These were a Christmas gift from The American Finishing Company, Memphis, Tennessee, in conjunction with The Harris Trust and Savings Bank, Chicago, to its customers.
Enjoy