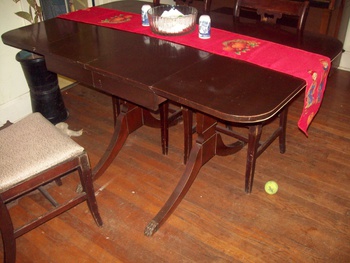 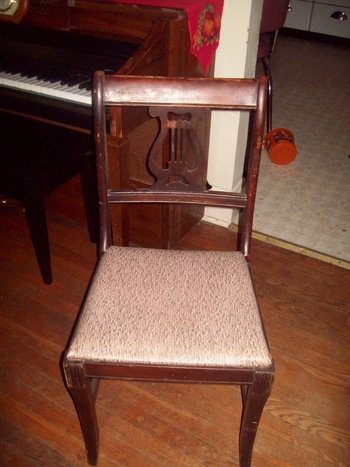 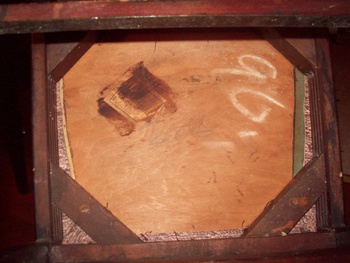 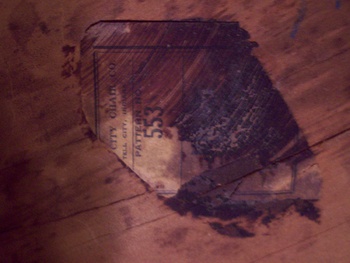 I recently inherited a dining room set from my great grandmother. It was bought by her sister for their mother in the early 1940's. The table is a drop leaf Craddock Company with brass claw feet, including a center leaf, mahogany veneer. The chairs are lyre back side chairs by Tell City Chair Co., out of Tell City, Indiana. They would have originally been bought in the Southern Illinois area. My problem is it now only has five chairs. According to my mother, who ate every holiday meal at this table as a child, there were more chairs. Based on the tables size, (they were originally bought to go together) I assume there were eight chairs, six side chairs and two captains chairs. I am trying to find one side chair and two captains to compensate the originals. I was wondering if anyone happened to know anything about price. What would be an acceptable price to pay for replacements? I have seen a few in my area but they seem over priced for something like this, sometimes $100 a chair is asked. I don't want to overpay for something mass produced or widely available. Thanks!