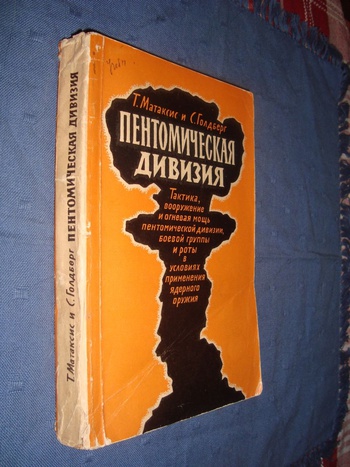 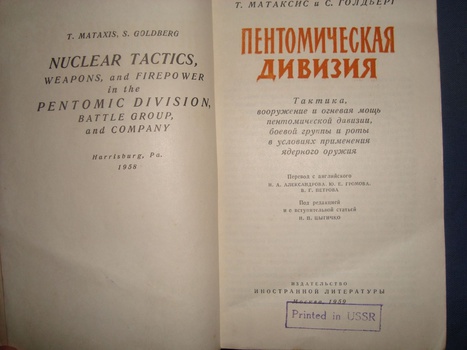 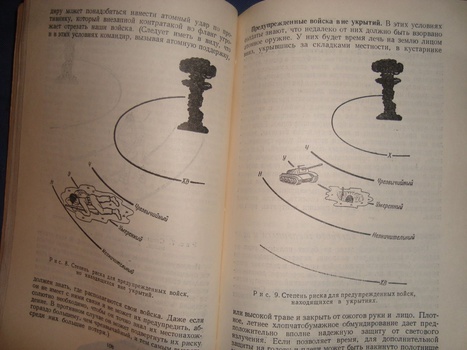 This is a nifty little handbook in nuclear tactics, from back those days when the winds of the cold war felt the strongest. I don't understand Russian which the book is printed in, but it has maps of placement of troops and explosion power of the bombs. Must have been a good guide for the military commanders..

The original title is "Nuclear Tactics, weapons, and firepower in the Pentomic Division, Battle Group, and Company" by Mataxis and Goldberg. American edition printed in Harrisburg (how convenient!), PA.

This Russian edition was printed one year later in Moscow. They needed the handbook too. :-)