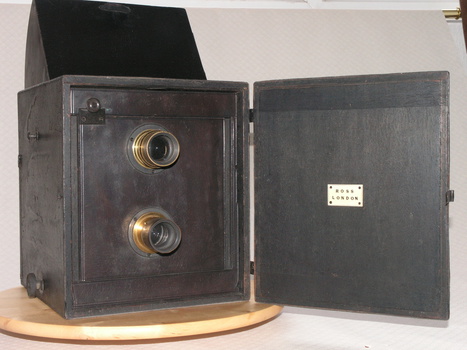 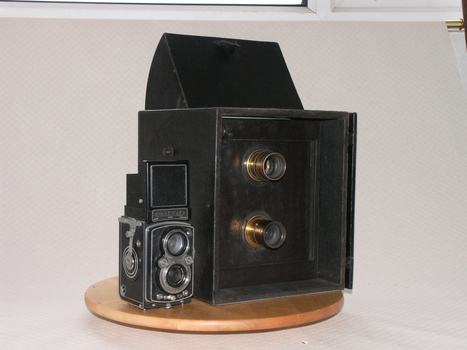 Ross, London. | Portable Divided Camera. | 1890. | Twin Lens Reflex. | Half Plate.
Catalogue No. 0221.
A very large Twin Lens Reflex, the first of Ross's TLR models, with a single, detachable, front door, and made in blackened mahogany covered in black hand stitched hide. According to contemporaneous advertising, the black colour made it "unobtrusive", and despite its huge size, it was intended to be used on a strap round the neck of the user. This first version was made from 1890 to 1895, when a second version with double opening front doors was introduced.