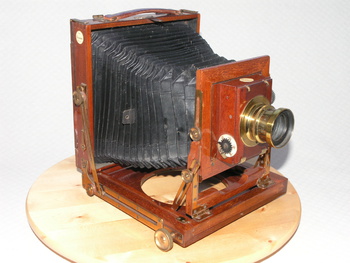 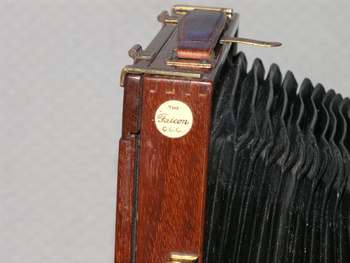 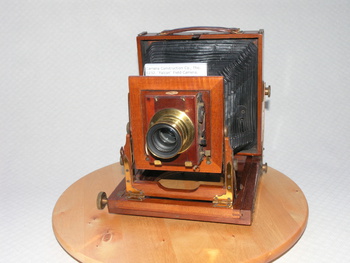 Camera Construction Co., The. |"Falcon" Field Camera | 1908 | Half Plate.
Catalogue No. 0232.
The Camera Construction Company was at Eagle Works, Durham Grove, Hackney, from 1904 to the early 1920s, largely as manufacturers to the trade, but with some retail output. In 1908, the Falcon was one model in a series which included the Eagle, 75 shillings, the Falcon, 60 shillings., and the Condor, 52 shillings and 6 pence. The average weekly wage for an agricultural labourer at the time was 15 shillings. The Falcon was made only in the 1/2 plate size.