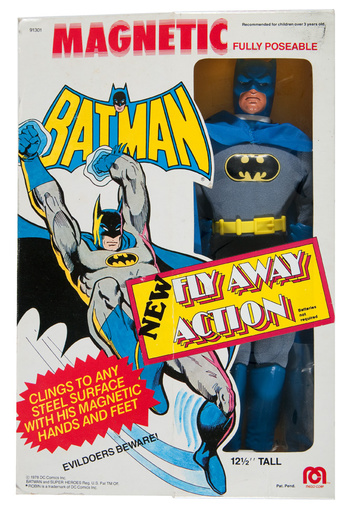 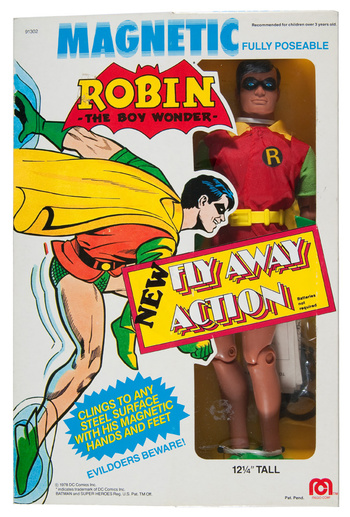 The 8" WGSH line by Mego was by far their most successful of their many action figure lines. The 12" figures are less popular for some reason, but I think the magnetic Batman and Robin figures were really interesting. Considering they did a 12" Spider-Man figure which would have been the perfect idea for a magnetic figure that would cling to the refrigerator or the monkey bars at the playground; they chose to produce the Dynamic Duo instead. What fun figures to be sure!