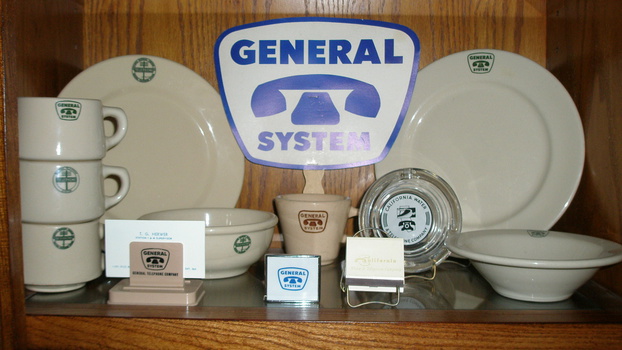 In the early 1960's when I was working for General Telephone Co. of California I would have lunch at the company cafeteria and the food would be served on a china plate with the General System logo. Years later this practice was abandoned for the cheaper plastic trays. Some of the plates still had the Associated Telephone Co logo the predcessor to General. The China was manufactured by the Wallace China Company of Los Angeles, Calif.