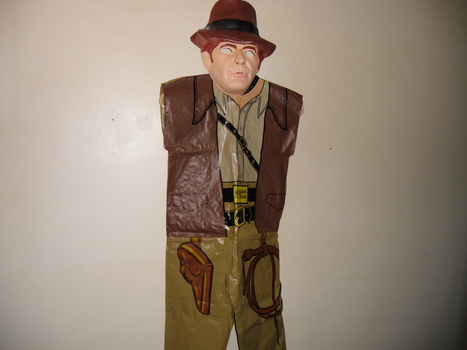 Here is a 1981 Indiana Jones costume from Raiders of the Lost Ark. It is from Ben Cooper's Super Hero line. The costume is a plastic face with the rubberband to hold in it on and a vinyl coverall of the character. It also officially licensed by Lucas films. This one is a small childs. Still in really good condition although the box is in poor to fair condtion.