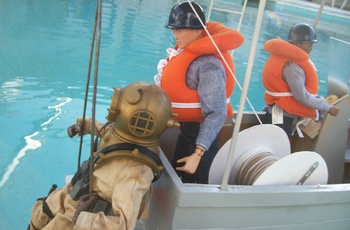 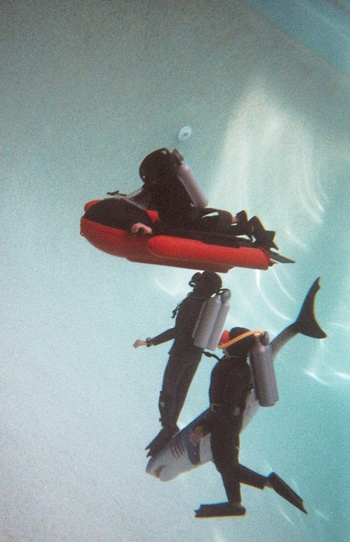 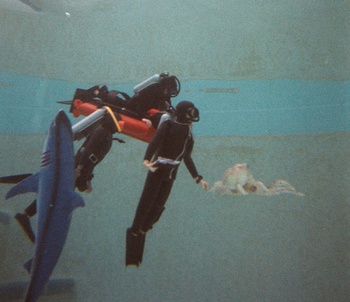 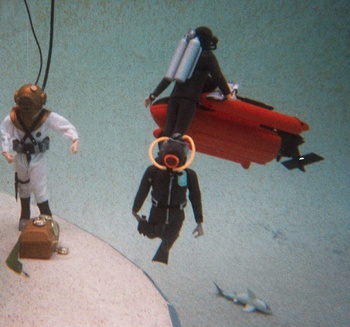 I have been a GI Joe collector since 1964, but I lost most of that collection to my own doing thinking i was a man at 13 years old and gave them away, oh well. However, i stared collecting them again when i was 35 y/o when i was is a toysrus store when i was in the army. So that brings us to the dive mission of the moment.

The joes dive team were given orders to go if necessary to the bottom of the drain regardless of the risk , which they expected.

Upon entering the warm salt water a giant blue shark appeared out of no were swimming around our three gi's, and they did not panic.

They froze with fear, so did the shark . The octopus did not even make it to the final scene he kept floating away.

The shark was put out of commission , indeed no animals were hurt during this film and GI Joe was rewarded.