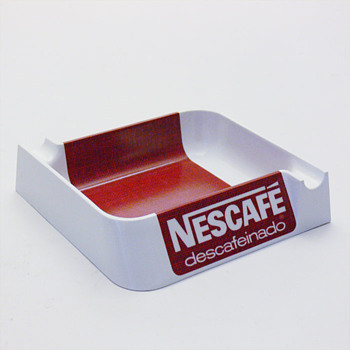 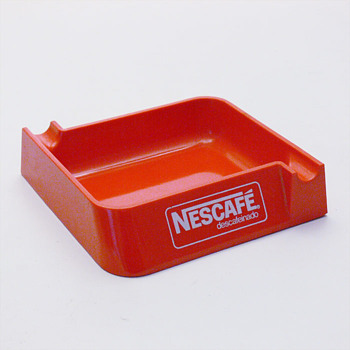 In 1972 Ricard created the last of his ashtrays (although I've read somewhere there must be another one designed in the 90s...). This time it was a promotional one commissioned by Nestlé for the decaf version of Nescafé. I don't know if it was used in other countries aswell.

I got two designs but I think the original one is the white one with the red printed on it. The red one must be a later version of it.

This ashtray is also stackable, which is a requirement for ashtrays made to be used in bars, cafes, etc... although it's not been as cleverly done as in Ricard's other designs.