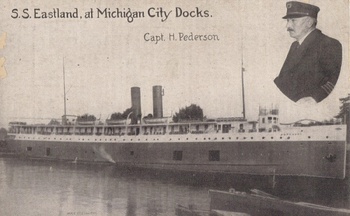 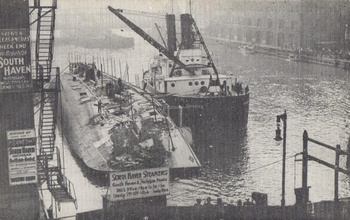 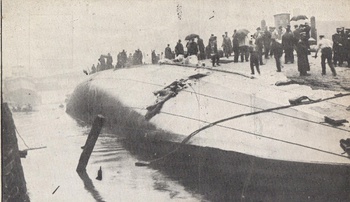 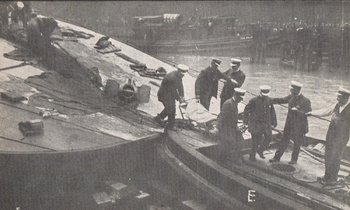 The Steamer S.S. Eastland capsizes at the dock after being boarded for a day trip.. One half of Chicago's police force were sent to the scene. The wrecking tug "Favorite" works to right it. It is the most powerful tug of its kind in the world with a derrick capacity of 12,000 tons!