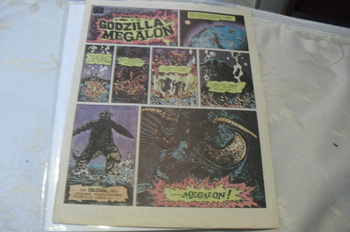 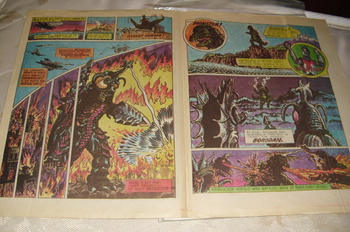 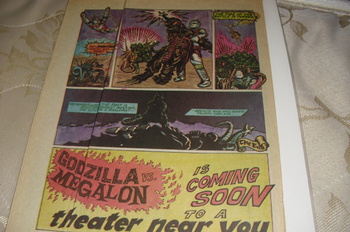 This is a 4 page comic book made before the movie came for kids to come or for people to know whats was going to happen, but the differnce is that if read the comic Jet Jagaur and the bad guys had different names before the movie came out as thats what they were orignally named in Englished.

What makes this a Rare comic for Godzilla was that you could only get it in the Theaters in the USA and often they didn't have enough for everyone and the comic was prune to tearing and often thrown away which is probably why its one of the Rarest American Godzilla comics out there.