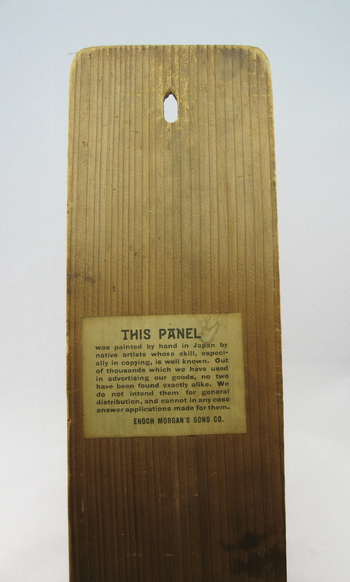 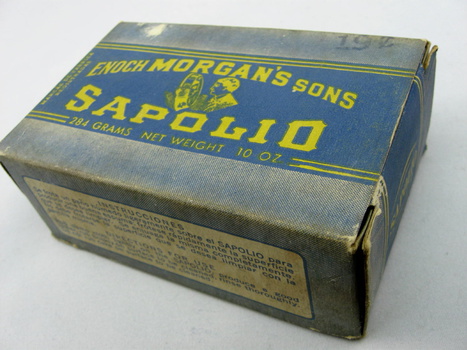 I found this sign in the attic of an old Victorian house where I lived 30 years ago. The house used to belong to the owner of a tailor shop, and I also found several women's clothing magazines (Delineator, dated 1898-1900). These were buried under old insulation, which is why they managed to avoid detection for so long. About 15 years later I was looking through some antique shops in Newport, RI when I found 2 boxes containing the very soap product that was advertised in the sign. I purchased one of them. The soap still looks like new. The sign board is 4 feet long, by 4 3/4 inches wide. It looks and feels like cedar, which is probably why it survived intact for all these years, rather than getting eaten up by powder post beetles.