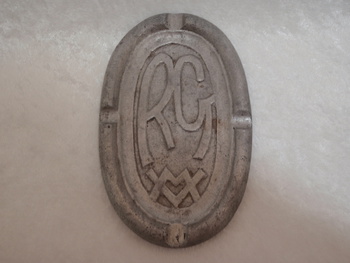 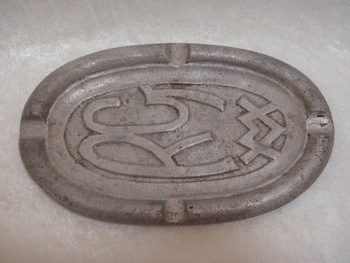 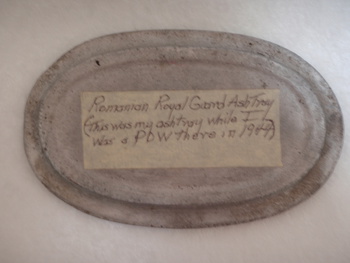 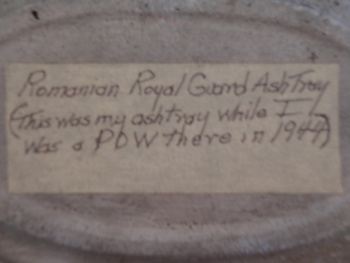 My father used this ash tray while he was a P.O.W. in Romania. It measures approx. 6 1/4" x 4".
He was taken prisoner after being shot down during a major bombing raid on the Ploie?ti oil refineries in Romania. He was the Navigator on a B-24 Liberator.
Like many others he never talked about the war much, but I have been able to pick up information over the years & from going thru his things after he passed on.
My most prized pocession of his is the ring he wore from Navigation School. At the bottom it is inscribed w/ U.S.A.A.F. for U.S. Army Air Force. It never left his finger until he passed & my family allowed me to have it. It has not left my finger since.
There were times while growing up that the "Princess of Romania" stayed w/ us for a few days. I understand she traveled America staying w/ the families of the P.O.W.'s she helped get out of Romania when the Nazi's were pulling out.