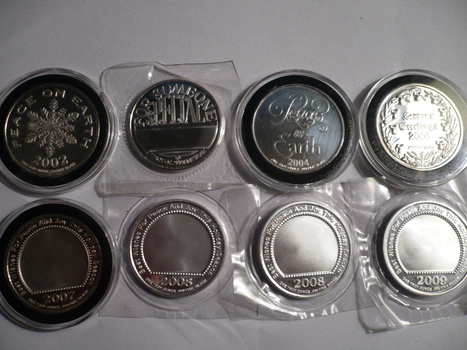 Given to me at Christmas time by a friend. I was production manager at a newspaper near us. He was the recycle man who I sold our recycle material, such as aluminum printing plates, used film negatives, and recovered silver. He had these made out of the recovered silver and the silver rendered from the film negatives. He gave these to me every year until they became too expensive to have made. He told me once, 2009, i believe, it cost 27$ apiece to have made. I can understand why he couldn't give out any more. 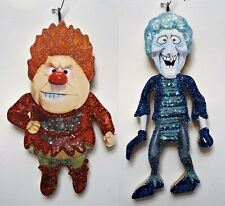