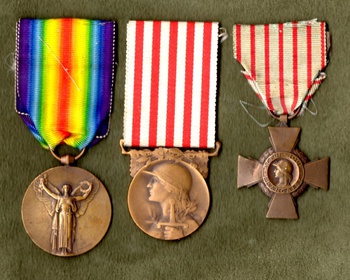 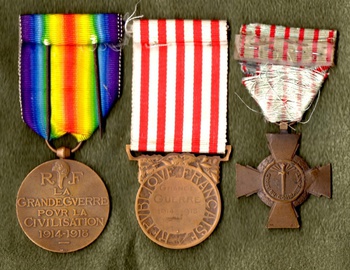 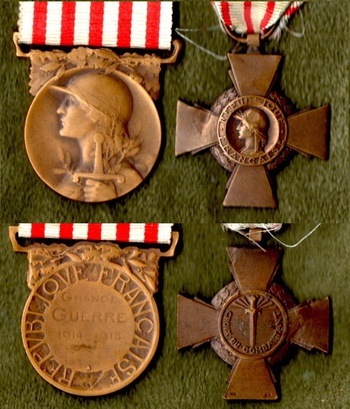 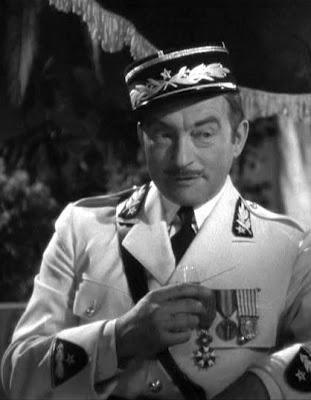 For the French, eligibility for the Victory Medal (Pictures 1 & 2, Left) was quite involved, but essentially it was reserved for military personnel who served in combat for three months, as well as several special categories: nurses, prisoners of war, German defectors who later joined the French, etc.

These companion medals are usually seen worn beside the Victory Medal:

The Medaille Commemorative Francaise 1914-1918 (French Commemorative medal of 1914-1918) is at the center of pictures 1 and 2. It was awarded to all personnel who served in WWI. In addition to all military, it was awarded to the Merchant Navy, civilian medical personnel, local authorities, and police and firemen who responded to shelling of cities, etc.

The Croix du Combattant (Combatant's Cross) is at the right in pictures 1 and 2. This cross was awarded to all military personnel who fought on the front. Holders of this medal were entitled to assistance from the French National Office for Combatants. Those who served again as a combatant in WWII wore two bars on the ribbon "1914-1918" and "1939-1945".

Picture 4 is my favorite example of someone wearing the French Victory Medal and the Commemorative Medal of 1914-18 beside his Legion of Honor.

Further information on the French Victory medal is at http://www.collectorsweekly.com/stories/36149-the-wwi-victory-medal-series-france