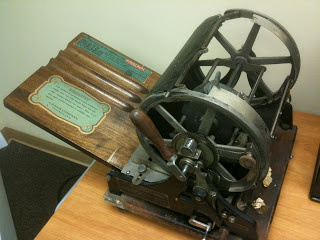 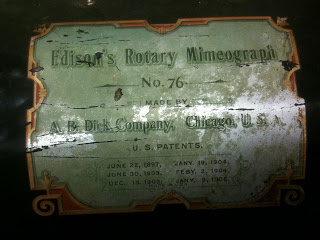 Mimeograph copying in schools basically was unchanged through most of the 20th Century although it got a lot easier when the machines went from hand cranked to electric sometime in the 1960s. This picture is of an Edison's Rotary Mimeograph Machine. It's marked No. 76.
It was made by A. B. Dick Company, Chicago Illinois. There are a list of patents going back to 1897.

To read more about it,
http://www.retroedtech.com/2011/04/mimeograph-machines.html