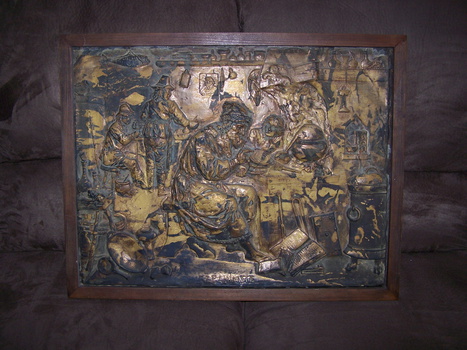 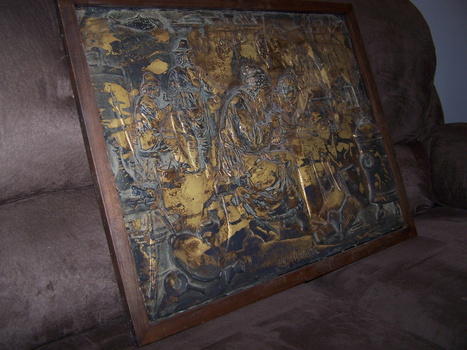 I inherited this from my mother who was a pharmacist. The original artwork was done by David Teniers the Younger, later it was reproduced as an etching in the 1700's, and sometime after than this was made. It is a three dimensional stamping and looks to be made of tin with plenty of patina. Anyone know anything else about it? I wasn't able to find anything about it on the net.