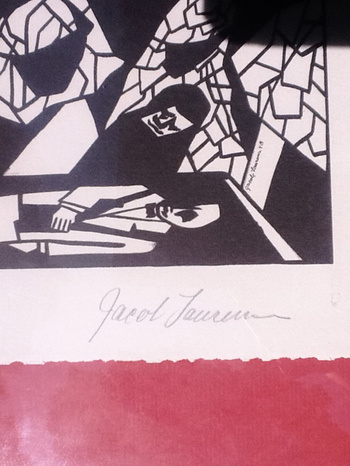 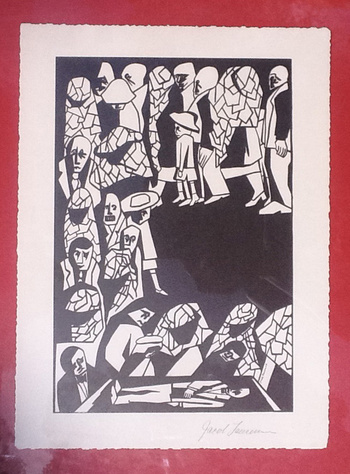 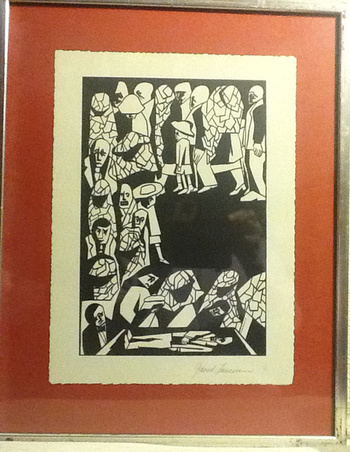 Black Mountain College, circa 1948-1949 Langston Hughes cross-media and cross-genre collaboration was the rule to fuel his creativity with the linguistic, visual and auditory media of the day. Langston Hughes book of poems "One Way Ticket", publish by Kropf with drawings of Jacob Lawrence provides six illustrations, five adopt the titles of the poems, while operating at some remove from the thematic contents. One doesn't even do that. The "Home in a Box (the title is apparently Lawrence's) come after the poem "Deceased", where Hughes writes: "Harlem/Sent him home/ In a long box - /Too dead/To know why:/The licker/was lye" - offering a fairly clear an straightforward explanation fro the death. Mr. Lawrence's images, on the other hand doesn't not show this in his drawing of a funeral processes.
*Actual artwork 13 x 10, frame size: 18.5"x14.5", pencil signed by Jacob Lawrence. Mint condition.