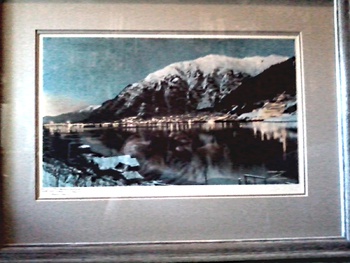 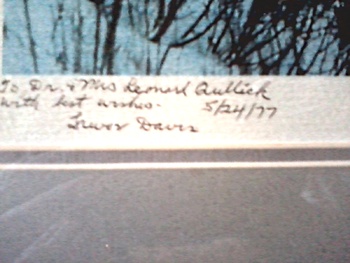 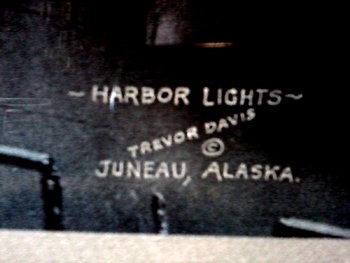 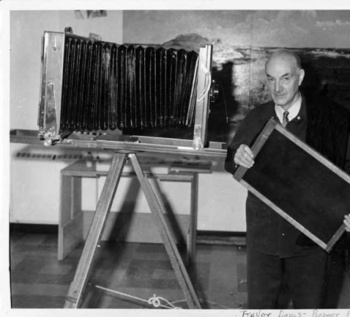 Found this at Volunteers of America today. Had no idea who Trevor Davis was but apparently he is a well known Alaskan photographer. The print is 11"x 19"with the frame it's 21"x 28". Not much about him online other than copies of this print have shown up on online auctions. The best thing about this print is it's signed but also personally by him to this couple. I thought that made it special as there are probably hundreds of them out there but maybe not many personally signed like this one. -Mike-

Trevor was born in 1892, in Alameda, California.Photography became a big interest in 1912, when Trevor obtained his first camera. He developed his oil tinting technique on enlarged photographs. He sold them at the Nugget Shop and at other gift shops locally. The older photographers, Winter & Pond and Case & Draper, gave him some of their pictures and suggestions. In 1921, he exhibited his photographs in San Francisco, and in 1926, he published a charming booklet of his early photographs, Here and There in Southeast Alaska in 1934.
Trevor set up business on Seward Street in developing, printing, and tinting. He became an Eastman Kodak dealer. The Snap Shoppe had a busy life for twenty-five years. His tinted photo of Juneau’s Harbor Lights was an hour long exposure on a clear night in 1942. A fishing boat chugged by, causing a wake, so he had to start over again to achieve the perfect reflection! His artistic forte was in contrasts and composition, especially with winter light and shadow.
Trevor died in the Pioneers Home at age 97 in 1990, and was buried at Juneau’s Evergreen Cemetery. He was survived by his wife and daughters: Sylvia, Shirley, and Constance.