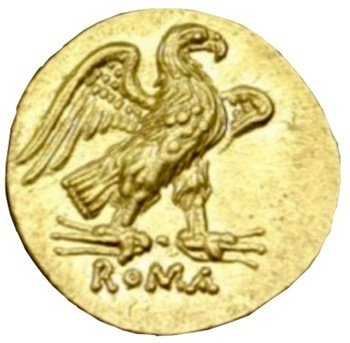 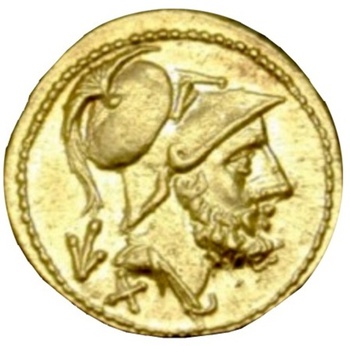 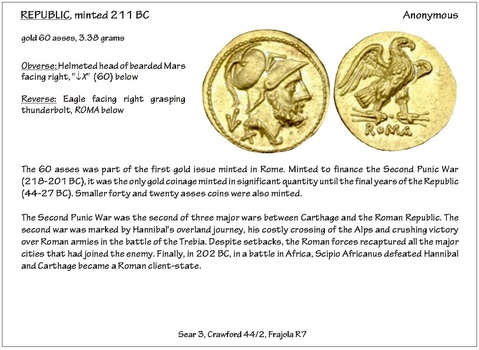 The 60 asses was part of the first gold issue minted in Rome. Minted to finance the Second Punic War (218-201 BC), it was the only gold coinage minted in significant quantity until the final years of the Republic
(44-27 BC). Smaller forty and twenty asses coins were also minted.

The Second Punic War was the second of three major wars between Carthage and the Roman Republic. The second war was marked by Hannibal's overland journey, his costly crossing of the Alps and crushing victory over Roman armies in the battle of the Trebia. Despite setbacks, the Roman forces recaptured all the major cities that had joined the enemy. Finally, in 202 BC, in a battle in Africa, Scipio Africanus defeated Hannibal
and Carthage became a Roman client-state.