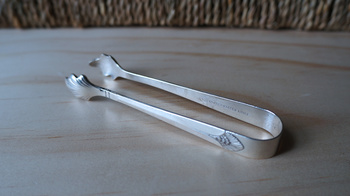 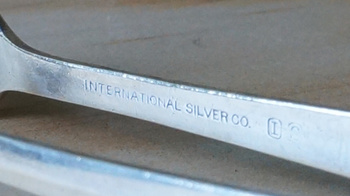 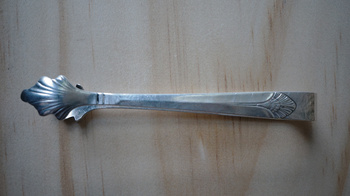 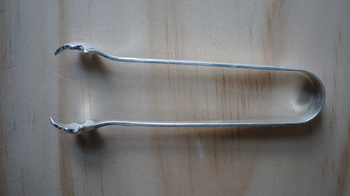 United States Lines ran cargo shipping from the 1921-1989, and ocean liners up until 1969. The International Silver Co. supplied United States Liners with cutlery and specialty items such as these nifty little ice tongs. They are suitable in size for an individual/gentleman's bar but I haven't been able to confirm this for definite.

I've been unable to pinpoint the exact date of production for these specific tongs but I'm going to assume that they were in use on trans-atlantic ocean liner runs after the prohibition era - so anywhere between 1933 to 1969. From the Art Deco style I would narrow that down to 1933 to the mid 1940s when the style fell out of favour.

They are not marked Sterling, .925, or the like - rather, they are marked "I" and "S" for International Silver. Without the sterling markings, I'll simply list these as silver plated ice tongs.

My partner found these in a mixed cutlery drawer at a flea market while trying to find sugar tongs (sugar tongs tend to have more rounded heads like little spoons, and ice tongs tend to have claw like heads to help grab the slippery ice cubes/chunks). He paid $0.50 USD and we now keep them with our antique silver sugar bowl. I'll post pics in Show&Tell for the sugar bowl soon! 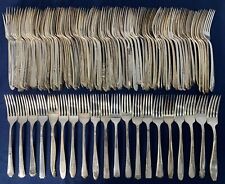