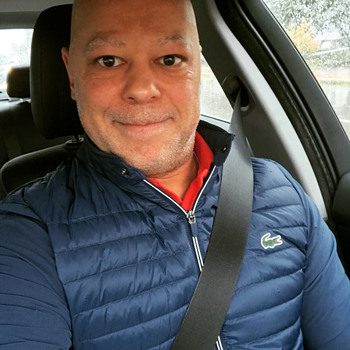 The Chemex® coffeemaker was invented by Peter J. Schlumbohm, Ph.D., in 1941. Schlumbohm was born in Kiel, Germany in 1896. He received his doctorate in Chemistry from the University of Berlin. After several trips to the United States, he settled in New York City in 1936. Over the years, he invented over 3,000 items for which he was granted patents. However, his coffeemaker and carafe kettles were his most long enduring inventions. Being a doctor of Chemistry, he was very familiar with laboratory apparatus and the methods of filtration and extraction. He applied this knowledge when designing his coffeemaker. He examined his laboratory glass funnel and his Erlenmeyer flask and made modifications to each. He modified the laboratory funnel by adding an "air channel" and a pouring spout. He added the air channel so the air displaced by the liquid dripping into the vessel could easily escape past the laboratory filter paper, which was to be used in the funnel as the filter media. To the wall of the Erlenmeyer flask he added a protrusion, which looks like a bubble. Consumers have often called it a "belly button." This is a measuring mark, which indicates one half the volume that is below the bottom edge of the handle. He then combined the modified glass funnel with the modified Erlenmeyer flask to create a one-piece drip coffee maker to be made of heat proof, laboratory grade, borosilicate glass. Last, he added a wood handle and called the item a "Chemex," which was a fabricated name. All that was needed then to brew the coffee was the coffee, hot water, and filter paper. Schlumbohm designed the water kettle, or carafe kettle, three years later. His goal was to create an attractive yet simple and fabulous vessel. Again he chose borosilicate glass as the material. He designed a boiling kettle which has no lid, but which is nevertheless almost completely enclosed. The "steam stopper" prevents the steam from coming into contact with the upper portion of the neck. Thus, this portion remains cool and is used as the handle. Over the years, these items have been recognized as outstanding examples of American Design. In 1956, the coffeemaker was selected by the Illinois Institute of Technology as one of the best-designed items of modern times and it was the only coffeemaker so designated. The coffeemaker and the water kettle are in the permanent collections of museums such as the Museum of Modern Art in New York, the Smithsonian, the Philadelphia Museum and the Corning Museum located in Corning, NY. The coffeemaker completed a traveling exhibition tour of a number of countries in eastern Europe as part of the "United States Information Agency's Design in America Exhibition." In the fall of 1989, it toured with the "Design, USA" exhibition to the former USSR. http://www.chemexcoffeemaker.com/chemex/history.htm