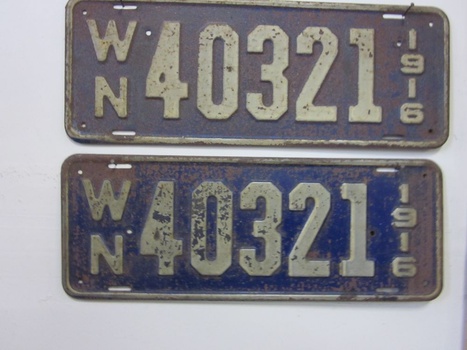 In 1953, my parents purchased a house in Blaine, Washington, that had been built in 1906. My father died in 1982, and my Mother lived on in the house until 2000. In 1995 Mom had a new roof installed on the garage, which had been built sometime after 1916. When the roofers were tearing the old roof off of the garage, they found the pair of license plates under some roofing. apparantly they hade been stuck in there as sort of a time capsule. The garage was built for two cars, one behind the other, and is quite narrow, to accomodate cars which were built in the 1920s. The house is still inhabited. It is a large old house. The floor joists are which some of them are 3o+ feet long are without knots.
John T. breidford
Box 421
Palmer, Alaska 99645 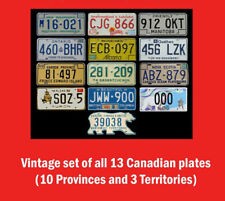 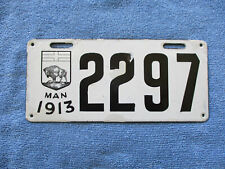