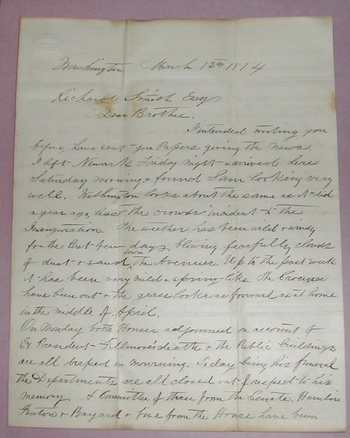 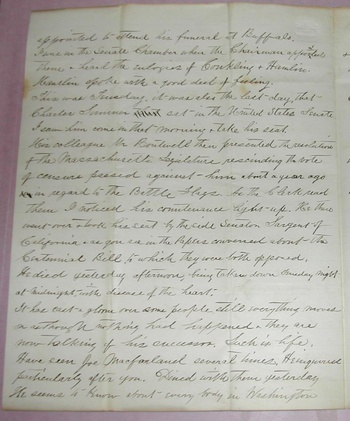 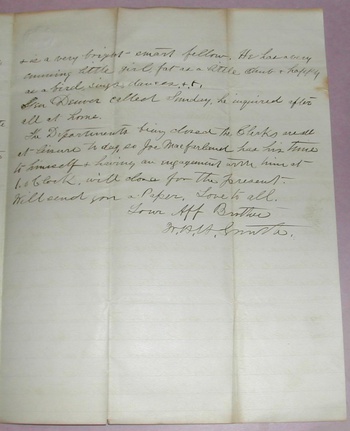 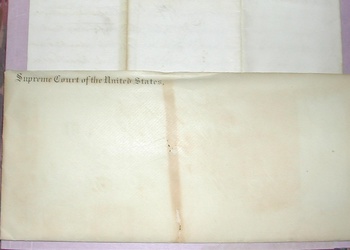 Interesting letter from March 12, 1874. Talks about being in Washington & that the "Houses" had adjourned due to President Filmore's Funeral. The letter explains the weather of the day & who is there as well as who the writer met while there.

Some names in the letter are Senator Roscoe Conklin & Hanibal Hamlin who did eulogies. There are other prominent names mentioned in the letter.

This is a keeper for my scrapbook.