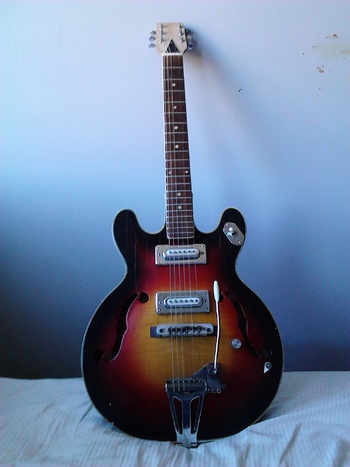 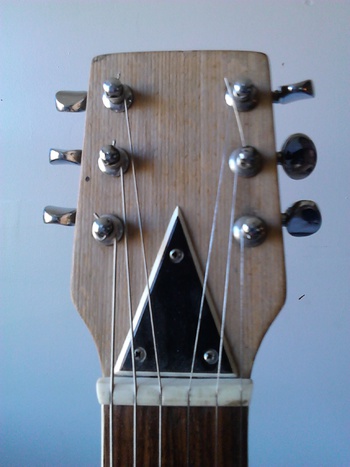 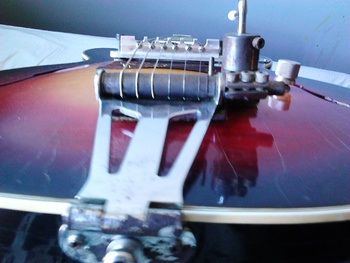 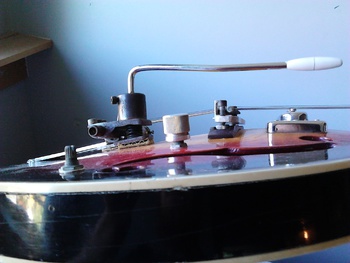 This guitar belonged to my grandfather, Roy Johnson. I never met him but I have some 7inch magnetic tape recordings of him playing sad country songs on it. This guitar was given to me by my mom after I had finally begged her ear off. It looks like some type of Matsumoku guitar from the 1960-1970's. There are stamps that read 'JAPAN' inside the body and on some plates. The body has a lot of curves throughout it, almost like a bowl at some points. The tailpiece appears to be modified onto a tremolo bar. Compared to the head-stocks of similar guitars, this one looks kind of dull. I think this may have been a twelve string guitar at one point and then modified to be a six string. The headstock just ends at a square ungraceful 90 degree angle. This guitar is quite cumbersome to play. The neck is quite thick and the fretboard is rounded almost like a classical guitar. The tremolo arm only bends up and down half a step and the strings are very tight. Despite all the obstacles, this guitar sounds amazing and could not be matched. The headstock, tailpiece, and patina add to the aesthetics 100%. If anyone can further identify this handsome beast, please share! Thank you! -Christian 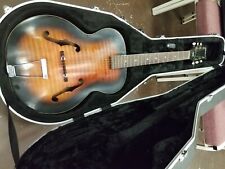 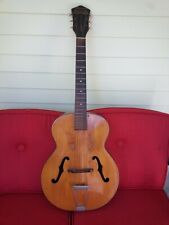 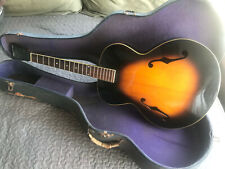