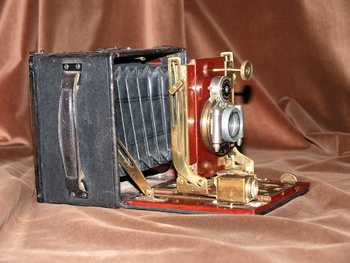 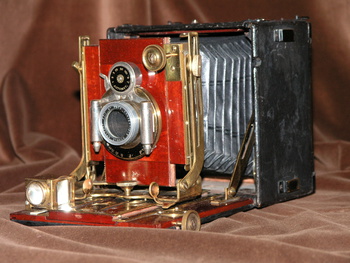 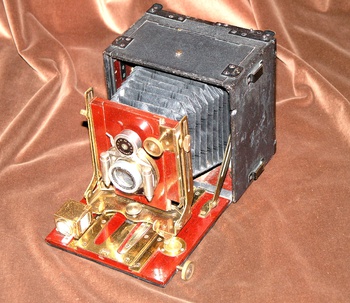 Thornton-Pickard.| New Folding Ruby No. 2.| 1908.| English Hand and Stand Field Camera.| Quarter Plate.|
"Ruby" and "Imperial" were names well-used through the years by Thornton-Pickard, and their repeated use of the same name for different cameras does not help the collector at all. This particular "Ruby", specifically and strictly the "New Folding Ruby No. 2" of 1908, was probably introduced to capture some of the success being enjoyed by Houghtons' very similar Sanderson cameras at the time. It is not in line with my collector's preference for unclad mahogany, but it is included as an example of the evolution of Thornton-Pickard cameras into the 20th Century, and the continuing theme of competitors for Sanderson cameras. And there will no doubt be others to follow.........