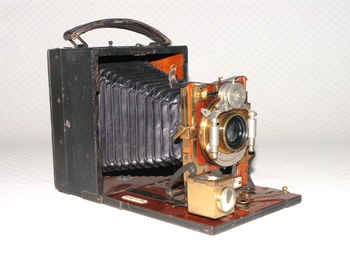 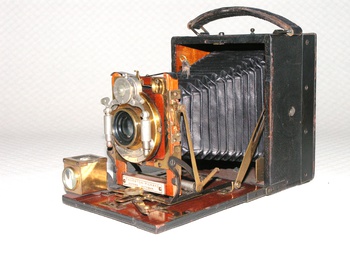 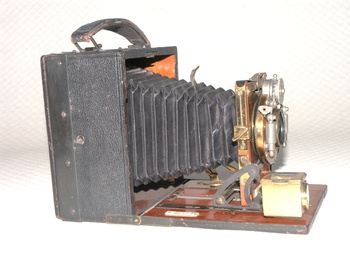 Thornton-Pickard | Oxford Automan | Quarter Plate | HAND CAMERA | 1902-1906.
Continuing the theme of Sanderson competitors.
I paid a silly (high) price for this, the first self-casing camera from T-P, but I have never seen another one and I felt that my chances of acquiring one at a better price in my lifetime were pretty slim. The camera is a development of a previous (1901) Focal Plane Hand Camera, that was very short-lived, but the Oxford Automan itself proved too expensive to sell well, and was shortly superseded (1907) after 5 years in production, by the Nimrod Automan Series, a cheaper version more easily found today, and which retained some of the Oxford's features, notably the self-erecting front.