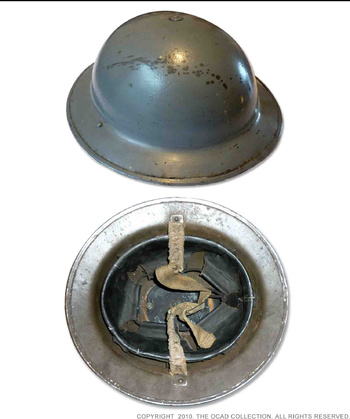 This is a Mk.II British helmet with the Mk.I lining, named to a Flt. Sgt of the RAF Medical Branch. The owner was commissioned at the end of WWII and remained with the Royal Air Force until the late 1960s.

Original RAF helmets are indeed rare and this one especially so as it is named and researched. The shell has been hand painted grey over its original factory issue khaki and the betrays the marking of FAP, (First Aid Post), under the grey paint. No doubt the owner served at an Aerodrome. 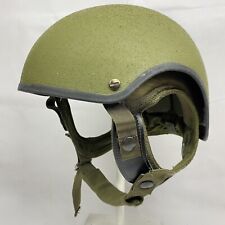 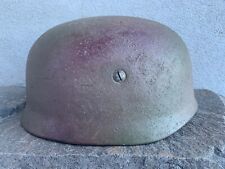