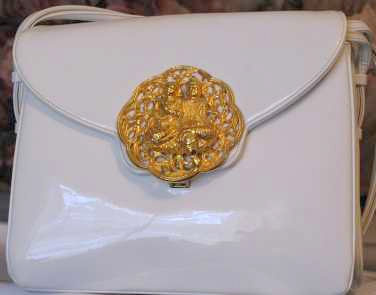 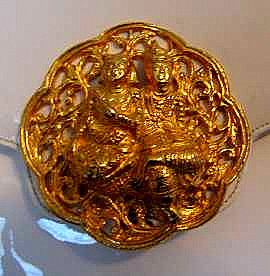 I am looking to find the value of this purse. From information I have already found I know that the bag was most likely produced in the late 1960s/early 1970s based on the style number ( 7388 ) - it is a fairly early Judith Leiber handbag. It's clasp is an East Indian theme ( 2 seated Buddha figures?) It's material is White Patent Leather. I have the original box and even the tissue paper it came in, the purse itself is in pristine condition (apparently my Mother put it in her closet and forgot it was there, it was found after her passing).
I would appreciate any information on its value or advice on where else I might look for help.
Thank you very much

Handbags and Purses
See all