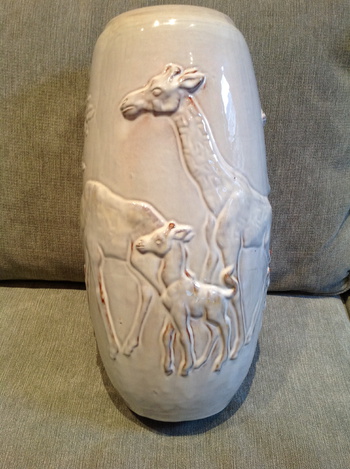 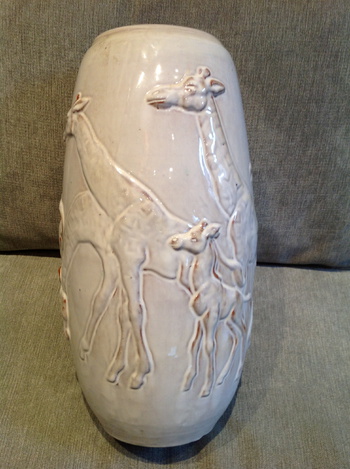 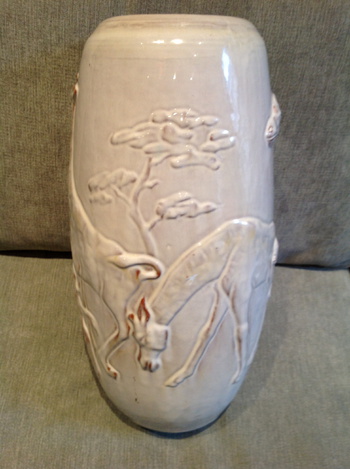 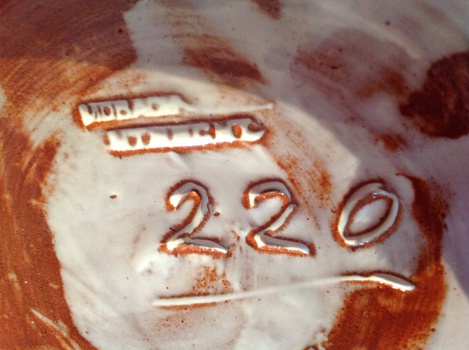 The vase is 16" tall and 8" wide. It has a safari scene with 7 Giraffes.
The pot is signed/stamped into clay with signature MOBACH UTECHT and the number 220 (see photo).

Since 1895, five generations of Mobachs have made vases and planters in a workshop along Utrecht’s main canal. Production during the mid-20th century was prolific and items were sold throughout the world. Pieces were thrown on the potter’s wheel or hand-built from slabs and finished with one of their proprietary glazes. You will find a variety of small vases readily available, making it easy and affordable to start a collection. Pieces are stamped on the bottom Mobach Utrecht or simply Mobach for later pieces. E-mail the pottery at info@mobach-keramiek.nl for current wares, pricing, studio location, hours, and information about special events.?