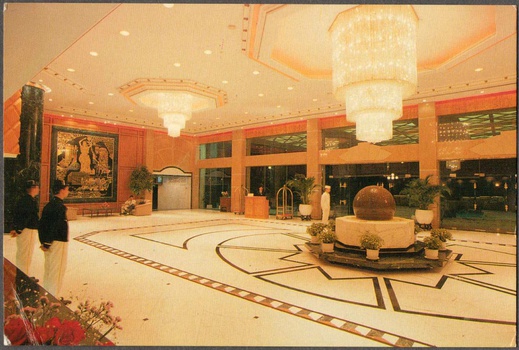 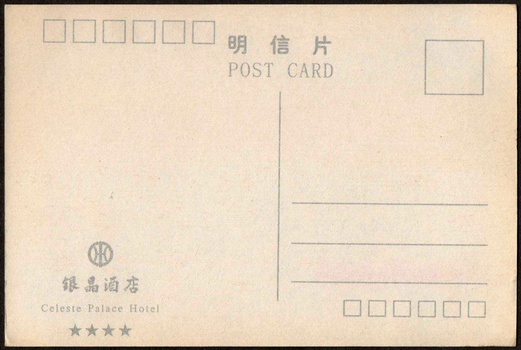 This is a 2002 unused postcard showing the lobby view of the Celeste Palace Hotel, Jiangmen, People's Republic of China. - The Celeste Palace Hotel is a 4 star business hotel located in the city centre. Jiangmen is a city in Guangdong province in southern China with a population of about 4.48 million in 2010. The name Jiangmen is often the butt of jokes because both Jiangmen and Gongmén, the scientific name for the anus, are pronounced identically as Gongmùhn in Cantonese. As a result there have been some proposals to change the name of the city, for example a 2009 proposal to change it to "Qiaodu" ("City of Overseas Chinese").