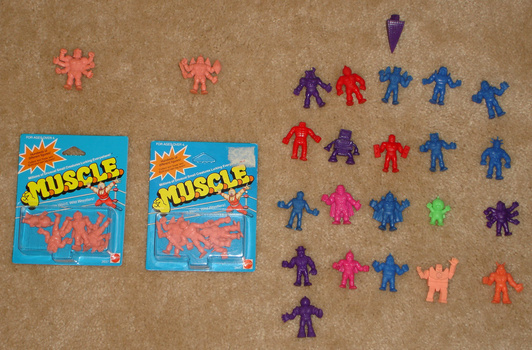 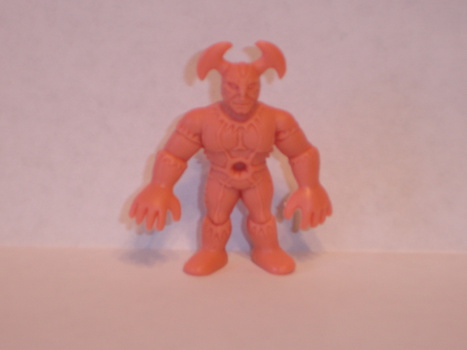 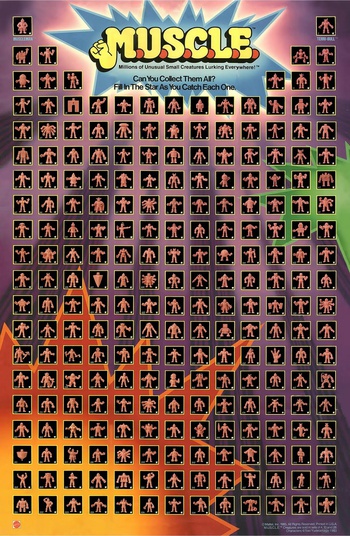 From 1985 - 1986 Mattel made a toy called M.U.S.C.L.E In our collecting community (www.littlerubberguys.com) we have discovered figures that seem to be Super Rare. The picture with the one figure (horns) is called Dark Emperor. There are only two known to exist. In the picture with the four packs there are three figures called Satan Cross (figure with sword and shield). There a A LOT of Satan Crosses known to exist. There are four packs with him inside, and the picture has two. The figure to the left of Satan Cross is called SHA. There are about 20 or a few more SHAs known to exist. The poster has figures that the company adverstised that were available to be sold. Dark Emperor, Satan Cross, and SHA all have the same markings on back, same feel, and same smell of the commonly known figures on the poster. Satan Cross is the only non-poster figure to be found inside a package. The figures were sold in a 4 pack, a 10 pack can, and a 24 pack box. Satan Cross has been found in the 4 pack and 10 pack containers.

Here is my question: Satan Cross, Dark Emperor, and SHA are not on the poster. Our community thinks that these figures were either vendor examples or the figures were meant to be taken off an assembly line. Do you have any knowledge of this toy, or why Mattel would make non-poster figures for the M.U.S.C.L.E. toy line?