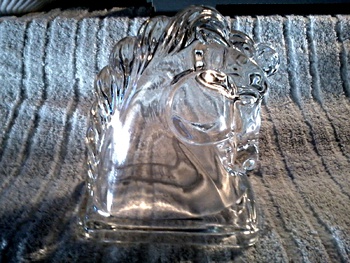 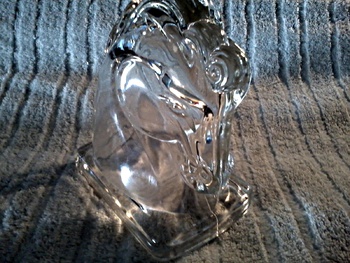 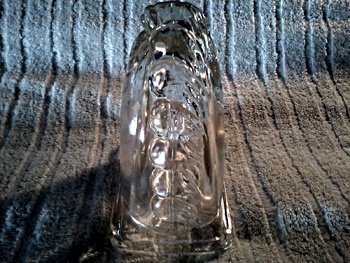 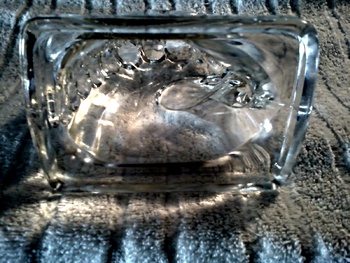 Found this really nice 6 " Federal Glass Co. Trojan Horse bookend at GW. There was only the one but it's in excellent condition. In fact too good so I'm thinking it was probably made later than the forties but that's when the pattern was first introduced. They closed their doors in 1980. -Mike-

The Federal Glass Company was founded in 1900, in Columbus, Ohio and is one of the best known Depression Glass manufacturers.
The company originally made hand-blown glassware often decorated with pin-etched designs. By the 1920’s the Federal Glass Company had converted to mass manufacturing techniques, allowing them to produce large amounts of highly decorative glass types for a comparatively low price.
Particularly popular were forms which mimicked the effects of cut glass crystal, providing faceted surfaces in intricate geometric patterns and elegant embossed bas relief floral patterns. Combined with a growing palette of colors, some vivid and bright, some in soft, fashionable pastels, some in the opaque tones of various milk glasses, the fancy, lacy, flashing designs of pressed glass were a hit.
Federal Depression Glass items were used as free gifts and "saving stamp" items by grocery stores to attract customers, by carnivals as game prizes, and bought by young housewives just setting up their households. Depression glass was a reliable, lovely standby of the middle and lower class table from the 20s into the 60s, and one of the most popular producer of all was the Federal Glass Company.