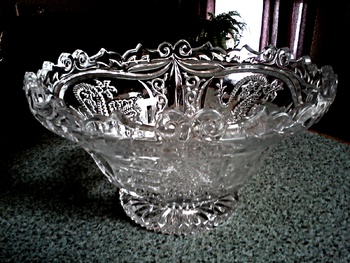 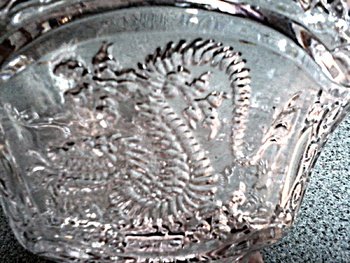 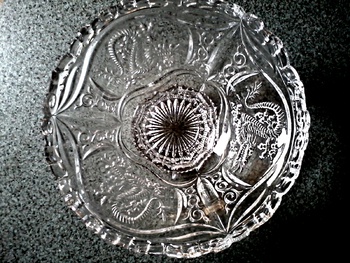 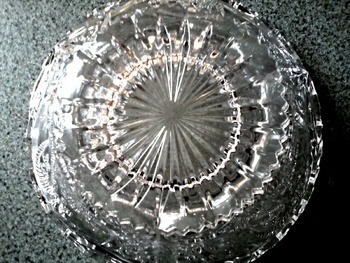 Don't know why I'm coming home with crystal all of a sudden but here's another piece. An 8 3/4 " lead crystal bowl. If there is something higher than 24% lead content than this bowl is it. It's ring is like music ! I love the dragons on this bowl which is why I bought it. There are three of them in panels around the outside of the bowl. My first online line search turned up this exact bowl on the One King's Lane site. It sold in 2004 by American Bloomsbury Antiques and Design but there was no price shown. Their description is an early 20th century art deco piece. The only difference is the background around the dragons is frosted. Some others are ruby, but this one's just clear. Other than that they're identical.This one is probably more like 50's to 60's since it's from W. Germany. -Mike-