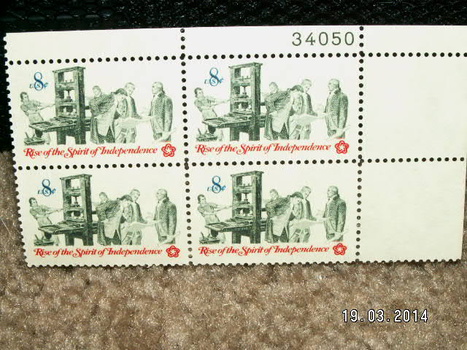 The American Revolution was a political upheaval, 1765-1783, which in part was sparked by the unpopular Stamp Act pressed upon the colonies in 1765 by the British. The Act was repealed in 1766 after colonial merchants and landowners protested in groups, creating a loose coalition that extended from New England to Maryland. In 1775, when Benjamin Franklin was appointed the first Postmaster General, the U.S. Post Office was born. As America began to grow with new villages and towns emerging so too did the Post Office. The creation of the Post Office and eventually the printing of postage stamps are examples of the Rise of the Spirit of Independence as America began its new beginnings.

US, Specialized Stamp Collection of...
$84